The Varsity Football Eagles had their final non-conference game of the season on October 4: a  dominant 41-6 victory over Leesburg High School from Florida. The school--where Gonzaga Head Coach Randy Trivers used to be the head coach--took advantage of the opportunity to tour the nation's capital while they were here. In addition to playing the game on Friday night on Buchanan Field, the Yellow Jackets toured the African American History Musuem on Thursday and the Capitol and other monuments on Saturday. Coach Trivers is pictured here with Leesburg principal Mike Randolph:

After a turnover by Leesburg on their opening possesion and a missed field goal by Gonzaga, the Eagles took control by scoring on their next 5 possessions to take a 31-0 lead into halftime. Senior captain Luke Petitbon had another outstanding day in all three phases while senior defensive end Henry Iloanya had a great game on defense. Tight end Nate Kurisky '22 made a great catch early in the game and contributed to a solid running performance. The Eagles special teams were led by the accurate kicking of Stephen Cullina '21 who made field goals of 37 and 40 yards, and by the tackling of Kye Holmes '21. 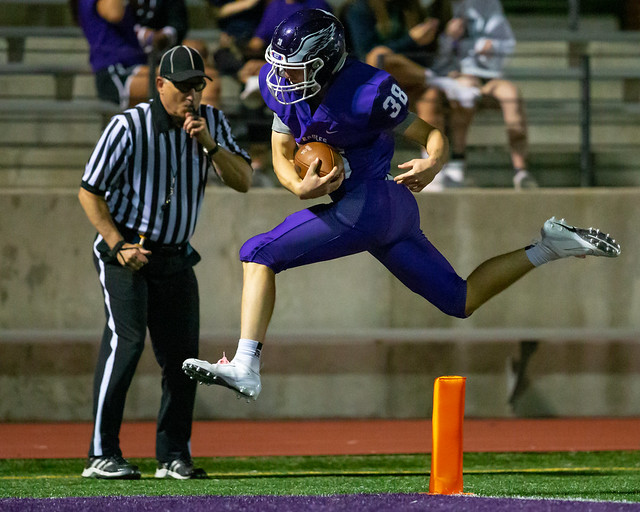 Next up, the Eagles will travel to Good Counsel in Olney, MD on Friday, October 11 for their WCAC opener. Kick off is set for 7 PM. You can watch live online via Monumental Sports by clicking here (subscription fee is required).