On Sunday, September 29, 600 Gonzaga students and their grandparents attended Gonzaga’s Grandparents Day, which included Mass in St. Aloysius Church followed by brunch in the Carmody Center.

Father Planning also took a moment during the brunch to thank Gonzaga grandparent Terry Matan, who spearheaded the restoration of St. Aloysius Church in the mid-90s. She has three sons who graduated from Gonzaga: Mark '84, JP '88, and James '94.

“It was a delight to welcome so many Gonzaga grandparents to Eye Street,” says David Dugan ’98, Gonzaga’s Vice President of Alumni and Advancement. “And to help our students share Gonzaga with these important people in their lives.”

We hope you enjoy these photos from the day: 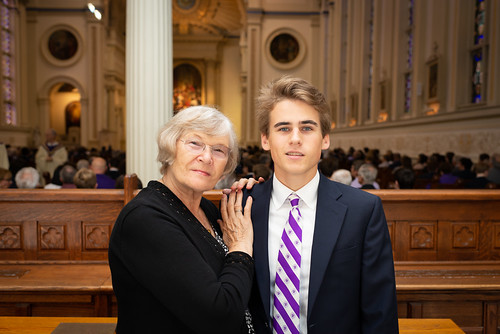