The Kristensen Klassic golf tournament pays tribute to an alumnus who was an American hero—and fuels a scholarship fund that ensures deserving young men are able to follow in his footsteps on Eye Street. 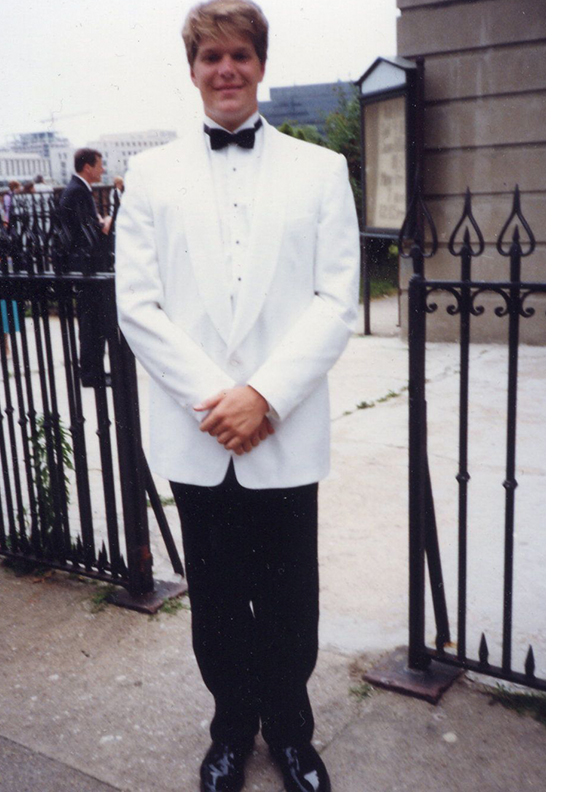 Before Erik Kristensen ’90 deployed to Afghanistan in 2005, he interviewed for and was awarded the prestigious Olmsted Foundation Scholarship. Awarded to active duty officers in the United States military, the scholarship gives service members the chance to study overseas. After his 2005 deployment, Erik planned to study at The Paris Institute of Political Studies in France.

However, as many in the Gonzaga community know well, Erik, a Navy SEAL, was killed in action on June 28, 2005 during Operation Red Wings in Afghanistan. Erik had volunteered to lead a mission to help four fellow SEALs who had come under heavy fire. The helicopter that he, seven other Navy SEALs, and eight Army Special Forces members were in was shot down. Erik was buried with full honors at the Naval Academy and today rests among our nation’s heroes as one of them.

After Erik’s tragic death, his Gonzaga classmates and friends were searching for a way to honor his legacy and keep his memory alive on Eye Street. When they heard about something he said during his interviews for the Olmsted Scholarship, they knew they had their answer.

“In the interview they asked him, ‘What would you do if you won the lottery?’ ” says Andrew Battaile ‘90, a former classmate and close friend of Erik who is now Gonzaga’s Dean of Admissions and Financial Aid. “He said he would do two things: Pay off his parents’ mortgage and start a scholarship fund at Gonzaga for the sons of military families.”

In 2007, a group of Erik’s close friends organized the inaugural Eric S. Kristensen Eye Street Klassic, a golf tournament that raises funds for the Erik S. Kristensen Memorial Scholarship Fund at Gonzaga. In the 11 years since the golf tournament’s founding, the fund has grown to more than $770,000, and more than two dozen sons of military families have been able to attend Gonzaga because of it.

“I would imagine that throughout its history, Gonzaga has always had sons of military families. They’re such an important part of the community in the nation’s capital,” says Josh Brady ’90, another close friend of Erik who has helped organize the Klassic since its inception. “Erik came from a military family and wanted other kids like him to be able to attend Gonzaga. The scholarship is a wonderful way to honor Erik’s legacy and his family’s legacy and keep serving his memory.” 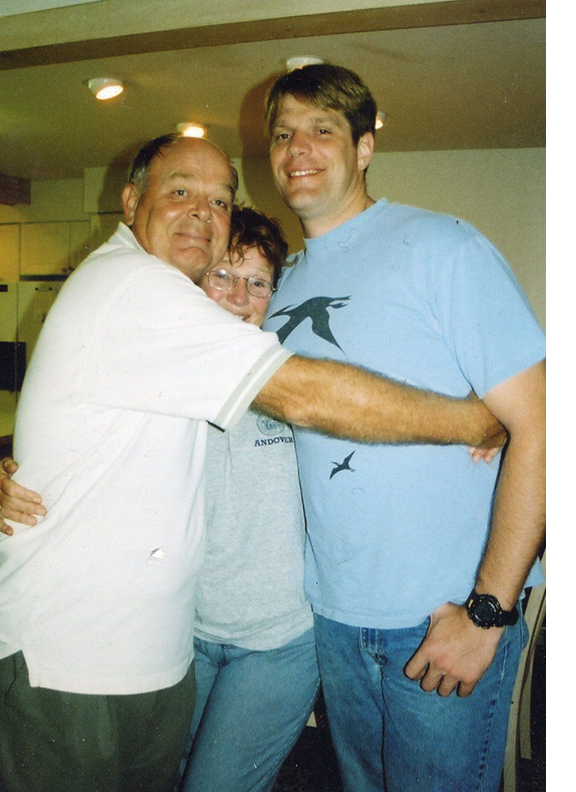 Erik was the only child of Edward and Suzanne Kristensen. His father was a career officer in the United States Navy who rose to the rank of Rear Admiral. As part of a military family, Erik lived all over the world as a child. He spent his freshman year of high school in Japan and his sophomore year at Severn School in Severna Park, Maryland.

Erik’s mother, who goes by Sam, says: “Long story short, about four or five months into 10th grade, he says, ‘Mom, I think I’m at the wrong school. I want to go to Gonzaga.’ ”

Although Erik transferred into Gonzaga at the beginning of his junior year, former classmates say that he made friends quickly and seemed like he had always been there. An excellent student and athlete, Erik’s friends describe him in the Kristensen Klassic program as a “gentle giant with a kind soul and unique sense of humor.”

At six feet, four inches tall, he excelled on the football and lacrosse fields, and also played trumpet in the band. “He could navigate different social groups so easily,” says Andrew Battaile. “He knew exactly who he was even as a teenager, which is really impressive. He always had such a strong sense of self.”

Josh Brady adds, “I think it’s fair to say that Erik was friends with everybody in our class. He was a wonderful, friendly, self-effacing guy. He always had a smile on his face and could always bring a smile to anyone’s face.”

Sam Kristensen says her son thrived on Eye Street. “He only spent two years at Gonzaga, but they were the best two years he ever spent anywhere in any school. The Jesuits just know how to raise boys.”
After graduation from Gonzaga, Erik attended one year of prep school at Andover before going on to the United States Naval Academy, where he earned his varsity letter in crew and graduated with an English major and French minor.
After graduation, he served in the engineering department of the USS Chandler in Everett, Wash. In 1999, he began teaching English at the Naval Academy while attending graduate school at St. John's College in Annapolis.
Eventually, however, he decided his dream was to become a Navy SEAL. Though he was one of the oldest in his SEAL class and faced many obstacles, he graduated in March 2001 and later joined SEAL Team 10 out of Norfolk, Va.
Erik’s friends and family say that even after he became a SEAL, Erik maintained his gentle, quirky spirit. He always wore Birkenstocks and brought with him on each deployment a copy of his favorite book, Moby Dick.
“I think Erik’s life represents being true to yourself, being true to your beliefs, being true to what you feel is right,” Erik’s father, Ed, said in an interview on CBS News. “His personality was one of doing what he could for others.” 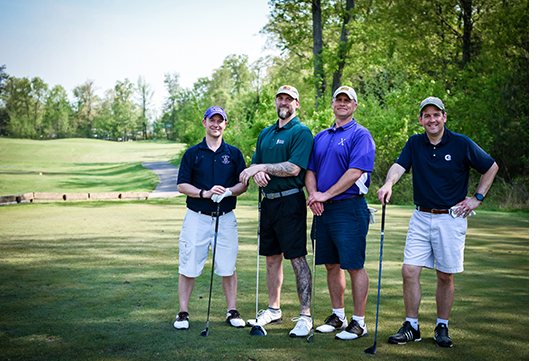 On a beautiful day this past May, about 120 golfers came out for the 11th Annual Kristensen Klassic at Joint Base Andrews. Every year, the tournament draws a mix of people from Gonzaga and the military, bringing together different parts of Erik’s life. Like in years past, the day was casual—more about fellowship and telling stories than competitive golf.

“He was such a wonderful friend and son and sailor,” says Brady. “It’s humbling to be a part of his legacy in any way. It’s a gift to be able to share his life with others.”

Erik’s incredible story has inspired many people—even those who never knew him—to give to the scholarship fund. Last year, on the tenth anniversary of the tournament, the family of Congressman Tom Rooney, a current parent at Gonzaga, surprised everyone with a generous gift of $50,000.
“When we first started this, I didn’t know if we’d ever be able to offer a fully endowed scholarship,” says Sam Kristensen. “But little by little, it’s grown. It’s wonderful.”
Army Colonel Kevin Degnan is father to Ryan ’07, who was one of the first recipients of the scholarship. The available scholarship funds in that first year were limited, but still helpful. “The financial support helped make it possible for us to send Ryan to Gonzaga, as he was our oldest of four in Catholic school,” says Degnan, whose career in the military spans more than 30 years. “Anne and I are also extremely proud that Ryan is part of Erik’s legacy.” The Degnans continue to exhibit that pride and gratitude – they have rarely missed a Kristensen Klassic over the past 11 years, helping as volunteer organizers and supporters of the event. Their youngest, John, is now part of the Gonzaga Class of 2021.
This past May, Congressional Medal of Honor recipient Michael Thornton served as the keynote speaker at the awards dinner that follows the tournament. He reminded everyone of the sacrifice that Erik made so that they could all be there. “His sacrifice was for his team, his SEALs,” he said, “but it was also for us. What Erik fought for, the reason he was there in the first place, was for all of us. He, more so than many, truly lived the ideal of being a Man for Others.”
The 13th Annual Erik S. Kristensen Eye Street Klassic will take place on May 2, 2022 at Kenwood Country Club. For more information, please click here or visit kristensenklassic.com.
Back
Celebrating 200 Years of Jesuit Education in the Nation's Capital