Friday, September 2nd, the Eagles hosted McDonogh High School from Baltimore, Maryland for their second regular season game.  The Eagles took a 17-6 lead at half with rushing touchdowns from Cody Hobson '24 and David Fred '25. Jaylen Penn '23 hit a 40-yard field goal as time expired in the second quarter.

In the second half, wide receiver, Jalen McDonald '23, scored a 34 yard touchdown from Aidan Conrath '24.
It was a strong performance from the Eagles defensive. Myles Johnson '23 had a fumble recovery and Kedric Golston '26 had an interception. The defensive line dominated the visiting Eagles offense and was led by David McMorris '24 and Daniel Holmes '24. Gonzaga won 24-6. 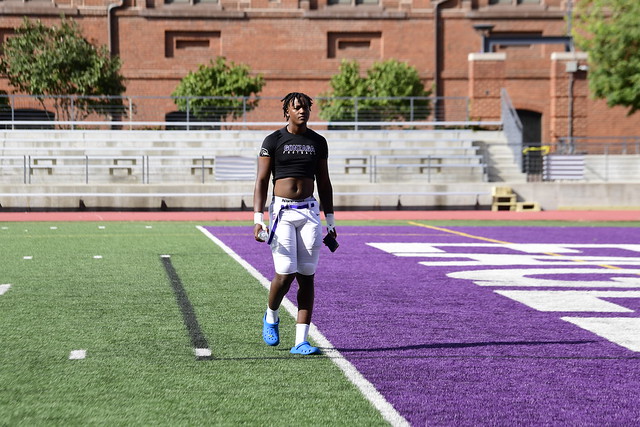 The Eagles are now 2-0 on the season and will host Theodore Roosevelt this Friday, September 9th, at 6:30pm. You can find the entire schedule here. Follow Gonzaga Touchdown Club on Twitter and Instagram.