Expectations were high coming into the 2019 Gonzaga Lacrosse season. The program had returned to its championship form in 2018 after falling to St. John's the year before. The Eagles had won seven straight titles before losing in 2017, so this year's team set its sights on starting a new championship streak.

The year began with two straight tough losses to two of the nation's top teams, and before March had ended, Head Coach Casey O'Neill's team had lost its third game. Two of the three losses came in sudden death ovetimes. The early setbacks provided the theme of the year that the team needed: GOOD. The idea--which was inspired by podcaster, author, and retired US Navy SEAL Jocko Willink--was to look for something positive in every obstacle or setback.

On May 13 in the WCAC championship game, the team rallied around the theme, ending their season with a 8-6 victory over St. John's at University of Maryland's Ludwig Field. In the end, they finished the year with an 18-3 record and 13 straight wins. Here is a highlight video set to Jocko's song:

Here are some great photos from the victory: 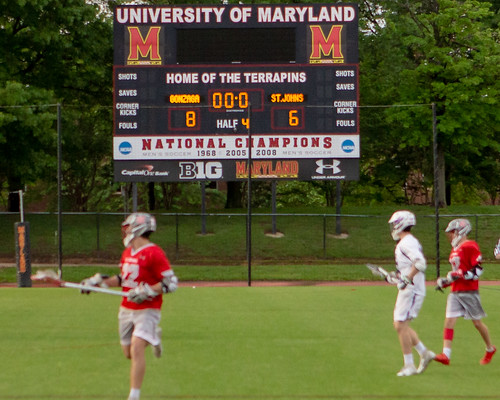 And here is an article by the Washington Post.

This year marks only the second time in school history that Gonzaga has won the WCAC football, basketball, and lacrosse championship in the same year (the last time was in 1996-1997). Congratulations to Coach O'Neill and the team!

Hail Gonzaga!
Back
Educating young men in the Jesuit tradition since 1821