Soccer Plays Well in Jesuit Classic, Gets Back to WCAC Play

The Jesuit Soccer Classic was a big success last week. Gonzaga hosted 75 student-athletes from the Jesuit schools: Rockhurst (MO), Marquette (WI), and Regis Jesuit (CO).  The Eagles went 1-1 on the weekend with an exciting victory over Regis on Friday by the score of 6-3, and a tough loss to Rockhurst, 2-1 on Saturday.

In the win, Gonzaga lead 3-1 to start the second half, but the visitors would score early in the half and again with about 12 minutes left to tie the game at 3-3. Then came the Eagle heroics: Sebastien Tabash '19 got the go-ahead header from a great set piece by Brady Young '20. Moments later, Ryan Elie '20 scored in the upper left corner from a direct kick just outside of the penalty box. And finally, Kento Salgado-Nakamura '20 fed Tabash for another goal to close out the win, 6-3. Enjoy the video highlights of three late goals here:


Here are some great photos from the win: 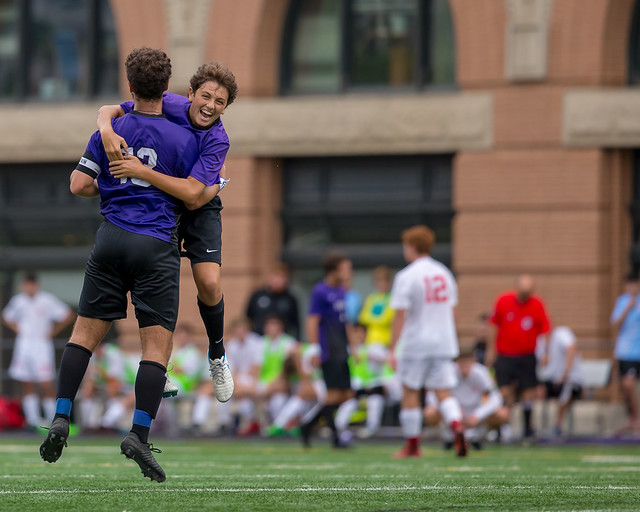 And here are a few more great shots from the weekend: 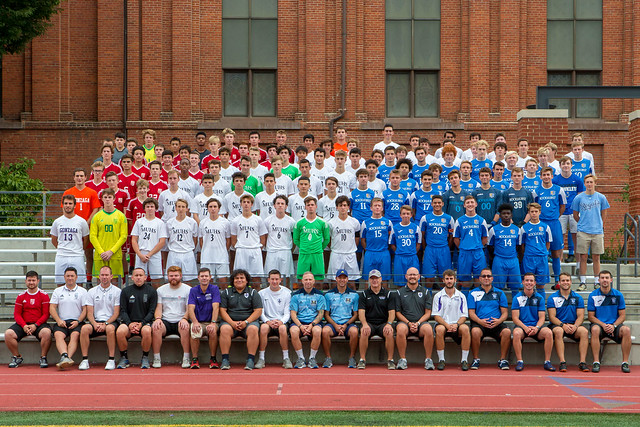 On Tuesday, September 25, the Eagles got back to WCAC play with a 6-2 win at McNamara. And on September 27, the team took a tough loss to DeMatha, 3-1 in rainy conditions. Gonzaga is now 8-3 overall and 4-1 in the WCAC.

Another league matchup is next. The Eagles will travel to take on St. Mary's Ryken at 6 PM on Tuesday, October 2.